About Us - PK Productions 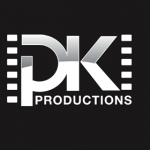 PK Productions is a full service agency with experience in transmedia production, digital design and marketing with over 25 years of experience.

PK Productions was founded in 1986 by Phil Kubel when he began producing events, wedding and promotional videos for local businesses.

In the mid 90’s PK Productions shifted gears and focused on emerging technologies and web development. With the launch of a hosting company, PK Productions oversaw the design and development of several websites including launching some of the first interactive video streams for sports coverage.

In 2003 Phil became one of the founding members of HRTV, a national television network that featured equestrian and horse racing content. Phil was instrumental in the design, engineering and production build of the studios and broadcast facility which were located at Santa Anita Park in Arcadia, CA.

Phil oversaw the day-to-day operations of all Digital Media, Production and Technology initiatives at HRTV including creating the subscription based HRTV.com which quickly became a leading industry platform with over 10,000 videos on-demand and a social media presence with a weekly reach of over 6,000,000 fans.

In addition to Phil’s technical portfolio, Phil served as Vice President of Post Production for HRTV and was the creative force behind the critically acclaimed documentary series “Inside Information” in which he traveled the world with the show as Producer, Writer, Director, and Cinematographer and proudly led the series to 10 Emmy wins and 2 Eclipse awards within 3 years.

HRTV was sold in 2015 and Phil was tapped as the Vice President and Executive Producer for a new Digital Media initiative for The Stronach Group. Under Stronach Digital, Phil oversaw the launch of XBTV, which is now one of the industry leading multi-media horse racing products available providing insight and analysis for wagering customers.

In 2019 Phil became the Director of The Hollywood Professional Association (HPA).

Phil is a graduate of the University of Southern California and currently serves on the Board of Directors for Glendale Arts, The Glendale International Film Festival and is an active member of several philanthropic organizations.

PK Productions offers a diverse range of skills and can tackle projects that others often outsource. From pre-production, concept, design, objective/goal analysis, to production, marketing, post and delivery we offer a turn-key solution to whatever your project needs.

We endeavor to accept projects that present challenges, push the limits and disrupt. Sure, we can manage most productions with ease, but what fun is that? Bring us something that will leave everyone in awe when complete.

Be it a corporate video, new website, social media campaign, drone footage, promo, viral video, event coverage, or maybe you just need some consultation services, connect with PK Productions and we will help you make your dreams a reality.